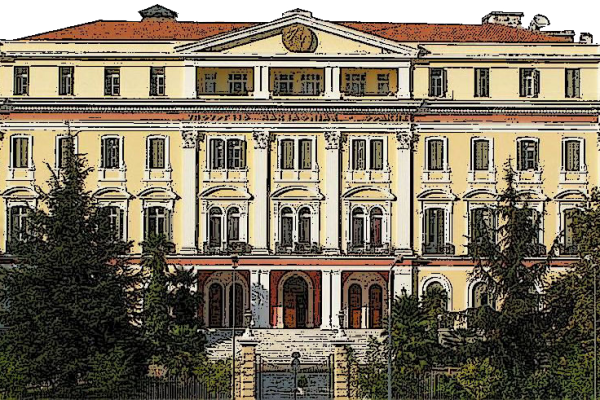 Greece is redefining its historical relations with the Balkans. We actively return to the Balkan neighborhood at a diplomatic and financial level, recovering our strategic role in the region”.

With great pleasure I welcome the 1st Thessaloniki Regional Forum, titled: “Challenges of today, Prospects for Tomorrow: the Balkans 2030″ which could be transformed to a permanent public dialogue event on the modern challenges facing the Balkan countries, both the members and non-members of the EU, concerning the regional development and cooperation, at national and trans-Balkan level.

This initiative of the Thessaloniki Municipality could really contribute significantly to the further strengthening of the European vision for territorial integration and jointly regional development in the Balkan area, highlight in parallel the significant role of Thessaloniki in the achievement of the abovementioned aims.

I am absolutely convinced that our common vision to promote the interregional co-operation will be promoted during the important thematic sessions following over the next two days.

The presence of so many prominent personalities from politics, economy, business world, academic community, and civil society, ensures that the dialogue which follows will be very productive and the expected results will be very useful for the promotion of the peaceful co-existence of the people, the democratic & human rights values, and the sustainable regional development.

The launch by the European Commission of the initiative to start the pre-accession dialogue with the Western Balkan countries and the related initiatives of the Greek government have created a very favorable momentum for the promotion of Balkan cooperation.

As you already know, during the 5th Meeting of the Quartet Summit among the leaders of Greece, Bulgaria, Romania and Serbia, it was decided to strengthen the transnational co-operation at all levels and in all sectors through the establishment and operation of a specific development body which will coordinate relevant trans-Balkan development initiatives.

Moreover, the Prespes Agreement, an honest agreement, as a result of brave diplomatic efforts, leaves behind the shadows of the past and opens new roads of peaceful co-existence and co-operation.

Greece regains its role as a key player in the Balkans, but also as a pillar of stability, security and cooperation in the wider region.

In this direction, Thessaloniki, a city of particular geopolitical importance, has been constantly upgraded during the last three years. It emerged as a diplomatic hub, as it has hosted numerous and important transnational meetings at the level of Balkan and Eastern Mediterranean leaders.

The Greek Government supports efforts similar to those of the Municipality by promoting major projects to develop trans-balkan infrastructures and networks, such as the Egnatia Railway and the Balkan Ring, but also by enlarging and tightening the relations among the Balkan countries

The Ministry of Interior (Sector of Macedonia – Trace) has taken concrete initiatives to promote growth in the wider area, such as the organization of a Balkan Forum at 15 and 16 of March 2019, where we will discuss the role of the trans-balkan infrastructures and networks to promote entrepreneurship and innovation in the area.

Moreover, another very important initiative is the establishment of a European Territorial Cooperation Group aiming at the enhancement of the Balkan co-development, as decided jointly by the four leaders of Greece, Bulgaria, Romania, and Serbia.

At the moment, Greece is redefining its historical relations with the Balkans. We actively return to the Balkan neighborhood at a diplomatic and financial level, recovering our strategic role in the region.

Concluding, I would like to wish every success to the 1st Thessaloniki Regional Forum, as I believe that this specific event will contribute, via the very interest thematic sessions and the remarkable speakers, to the promotion of the Balkan co-development, and I invite all of you to participate also to the Balkan forum organized by our Ministry during March.